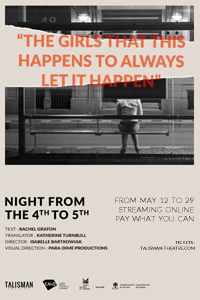 WHEN AND WHERE :
From May 12 to 29
Content warning : This play contains descriptions of sexual violence.
Streaming online
Pay what you can

SYNOPSIS : Night from the 4th to 5th tells of a sexual assault and the young woman who fought back. But her memory is playing tricks on her. She tries to remember what happened and the face of her attacker, but she’s plagued with memory lapses and fleeting images.

It is the story of a woman who speaks rather than remains silent; who acts rather than remains paralyzed. It follows the woman’s journey, from the moment she is attacked, through developing resilience, to regaining freedom. An ensemble of characters--relatives, friends, witnesses, police, social workers, journalists and 'concerned' citizens--express their wildly differing views as they reconstruct the event.

"It's a great success. I have nothing but congratulations... Another thing I really liked is that it doesn't look slick like a video that is professionally edited."--Winston McQuade, 10 May 2022. More / Plus...

See all of our Past Productions. 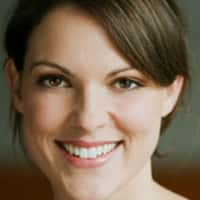 Rachel Graton, a graduate of the National Theater School of Canada, is a multitalented actress and playwright. Her work sharply questions the social issues facing women, resilience and collective memory. As an author, Rachel gave birth to two plays during her residency at the Jean-Claude-Germain space of the Theatre d'aujourd'hui: La nuit du 4 au 5 in 2017, and 21 in 2019. La nuit du 4 au 5 earned her the 2017 Prix Gratien-Gélinas, the most important Canadian award given to emerging playwrights, presented annually by the Fondation du CEAD with the support of Quebecor. In 2017, she co-wrote and co-directed the short film Manon aime le hockey with Sarah-Maude Beauchesne. 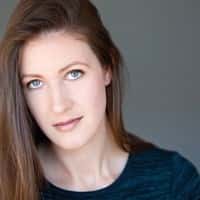 Katherine Turnbull (ACTRA, UDA) graduated from the University of Windsor with a BFA [Honours] in Acting with a minor in French Studies. She is an actor, creator, translator, and writer. Since moving to Montréal in 2011, she has had the great fortune of working in both French and English, in theatre and film. Selected acting credits include As You Like It (Theatre Zed), Trojan Barbie (Chocolate Moose Theatre Company), The Penelopiad (Imago Theatre), and Harry The King (Repercussion Theatre). In 2020, she completed the Traductions croisées mentorship (CEAD, PWM), introducing her to Rachel Graton’s La nuit du 4 au 5, and leading her to translate the play in full for Talisman Theatre. 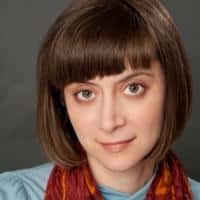 Alexis Diamond is an Anglophone theatre artist, opera and musical librettist, translator, dramaturg and theatre curator working on both sides of Montréal’s linguistic divide. Framed by her background in playwriting and shaped by her close proximity to Québécois dramaturgy, Alexis’ process-based, collaborative practice is grounded in extensive documentary research and in-studio exploration. Her playful yet profound work examines the mental constructs of landscape and language, longing and belonging. She was a finalist for the 2020 Governor General’s Award for her translation of Pascal Brullemans’ plays for young audiences, Amaryllis and Little Witch (Playwrights Canada Press). 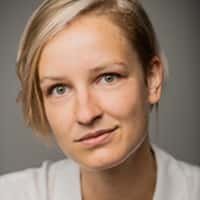 Isabelle is a graduate of the Directing Program at NTS (2021). She is also a graduate of the Department of Dramatic Arts at the Université de Moncton and holds a DESS in contemporary puppet theatre from UQAM. She is one of the founders of the Théâtre de création La Cigogne (Moncton) and the puppet collective Les Blettes. Her interests lie in in the role of the civic voice and its value as a dramaturgical framework. 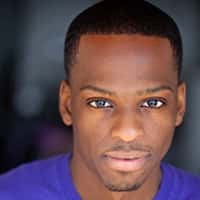 Jaa Smith-Johnson is an award-winning actor, producer and writer. He was awarded Breakthrough Stage Artist of 2017 (Now Magazine, Toronto), the Gloria Mitchell-Aleong Award (2015) for artistic achievement. He is a four-time META nominee and a Dora nominee. His company, Para-Dime Productions, is a film collective of film-makers who come together to work hand in hand with creators and storytellers of all kinds. Our goal is to inspire, empower and leave an impact through ART! Some of our most recent films include: DEMON (Winner of the Distinction Award at the Canada Shorts 2021) and Slim and Ren (Finalist at the NZFilmFest Awards 2021). Commercial work: Black Theatre Workshops, Poetry Jam 2021 (Film adaption) and Geordie Theatre's, Virginia Wolf & The-In-Between (2021 Film adaption). 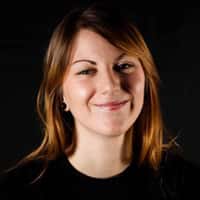 A storyteller since discovering the magic of making people laugh, Birdie has worked across Canada in all facets of story creation. They have directed, stage managed, produced, and written. Throughout their career they have had the privilege to collaborate on some meaningful and amazing work, including Angelique (Black Theatre Workshop/Tableau D'Hôte Theatre—META winner, Outstanding PACT production & Outstanding Contribution to Theatre); Punch Up (Theatre Brouhaha presented by Highland Arts Theatre—Atlantic Fringe's Best of Festival Winner) and their company, Playshed's first production, COCK, which was nominated for the 2016 META for Outstanding Independent Production. 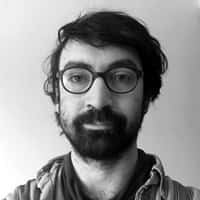 A self-taught multi-instrumentalist and multi-platform musician, Raphaël has been active on the Montreal music scene for nearly 10 years. He has worked as composer, writer and performer for his project Embo/phlébite, and also as an accompanist for groups such as Douance, Pataugeoire, Navet Confit, Guillaume Mansour and others. He co-produced and mixed the album Millepertuis of the post-folk band Après l'asphalte as well as for short films and choreographies. His style stands apart for its touch of fun and strangeness. By creating dissonant universes in known places, he deconstructs our knowledge and by the same token all that appears "normal". 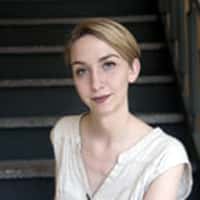 Zoe is an artist and theatre designer from Montreal. A graduate from Concordia University with a specialization in design for the theatre, her work spans across costume, set, and lighting design. Her innovative portfolio's integrity has led to collaborations with acclaimed Canadian companies such as: Centaur Theatre, Segal Centre, Imago Theatre, Tableau D'hôte Theatre, and many others as well as her participation in The Black Theatre Workshop's 2016-2017 Artist Mentorship Program. A key player in the Montreal arts community, her practice is nourished by theatre and group collaborations in forming work that is immersive, interactive, and galvanizing. 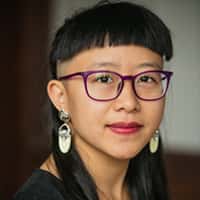 Maryanna is a Chinese-Canadian artist, illustrator, and scenographer born and raised in Saskatoon. She studied Visual Communications Design at the Alberta College of Art + Design, majoring in Illustration and recently graduated from the scenographie program at the National Theatre School of Canada. She is dedicated to creating spaces for people from marginalized communities to tell their stories, and feel truthfully represented. Through her work, she speaks about identity, equality, and liberation. She strives to create a body of work that encourages people to be more understanding, truthful, and open minded. 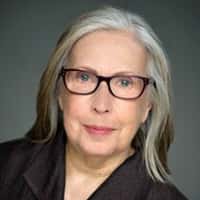 Victoria has inhabited a wide range of characters, from mothers to murderers. Her most recent theatre role was Anne-Marie in the Segal Centre's mainstage production of A Doll's House, Part 2, while her most recent film and TV roles include the vice-principal in Touched, and Doris, the loveable cat lady, in the TV series The Republic of Sarah. Other favourite roles include Selma, opposite Tovah Feldshuh and Viggo Mortensen in A Walk on the Moon, and the best friend of chansonnier Claude Leveilée in the French TV series Tabou. When not acting, she freelances as a translator and editor and is a real-life mother and grandmother. 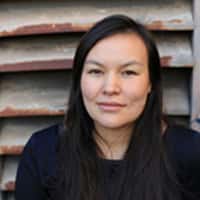 Nahka was born under the Northern Lights in a small town in the southern Northwest Territories. As a child, she lived on top of a mountain under the midnight sun and was raised with a deep understanding of the vastness of nature. Currently living in Quebec, she is a mother, storyteller and singer. She has experience in translation, theater, writing and is an outstanding cook. She has a graduate degree in journalism from Concordia University and currently works as a legal assistant to the Crown prosecutors in tax law at the Department of Justice. 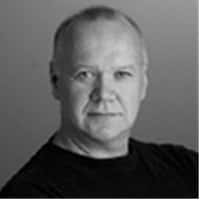 As an actor, Brian has won Dora Mavor Moore, Betty Mitchell and Sterling Awards and nominations for his work in such plays as The December Man and Who’s Afraid of Virginia Woolf. For the screen, he received a Gemini nomination (Best Supporting Actor) for The Boys of St. Vincent and, for CBC’s The Beat, he won an AMPIA (Alberta Motion Picture Industry Awards) as Best Performer and for Best Production Under 60 Minutes. Based in Edmonton, Brian is the Director of Play Development at The Citadel Theatre, and is also Artistic and General Director of L'UniThéâtre. He has been involved in the development of new plays for a variety of companies across the country, including Playwrights Workshop (Montréal), Factory Theatre (Toronto), The Banff Playwrights Colony, The National Film Board of Canada and Montreal's Le Centre des Auteurs Dramatiques (CEAD).

A storyteller since discovering the magic of making people laugh, Birdie has worked across Canada in all facets of story creation. They have directed, stage managed, produced, and written. Throughout their career they have had the privilege to collaborate on some meaningful and amazing work, including Angelique (Black Theatre Workshop/Tableau D'Hôte Theatre—META winner, Outstanding PACT production & Outstanding Contribution to Theatre); Punch Up (Theatre Brouhaha presented by Highland Arts Theatre—Atlantic Fringe's Best of Festival Winner) and their company, Playshed's first production, COCK, which was nominated for the 2016 META for Outstanding Independent Production. 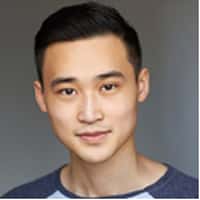 Born and raised in Ha Noi, Viet Nam, Duy is a highly motivated young actor based in Montreal. Duy studied Professional Acting at Algonquin College (Ottawa) and Dawson College and has appeared in many Theatrical productions. He works closely with Snowglobe theatre, an emerging independent theatre company, on many of its production such as His Girl Friday, Jean-Paul Sartre's No Exit and most recently Shakespeare's Hamlet which was nominated 2019 Best Play by Broadway World Montreal Awards. Outside of the stage, Duy has participated in a few short films and is constantly working on his craft through workshops and classes with local directors and casting directors. Duy has a strong sense of comedy and is always thrilled to put his skills to the test.